I do not know why snow globes still appear magical to me. Shaking the large ball in my hand and then watching the sparkling of the white shiny particles, as they settle slowly to the bottom, has that particular, mesmerizing effect on me to this day. 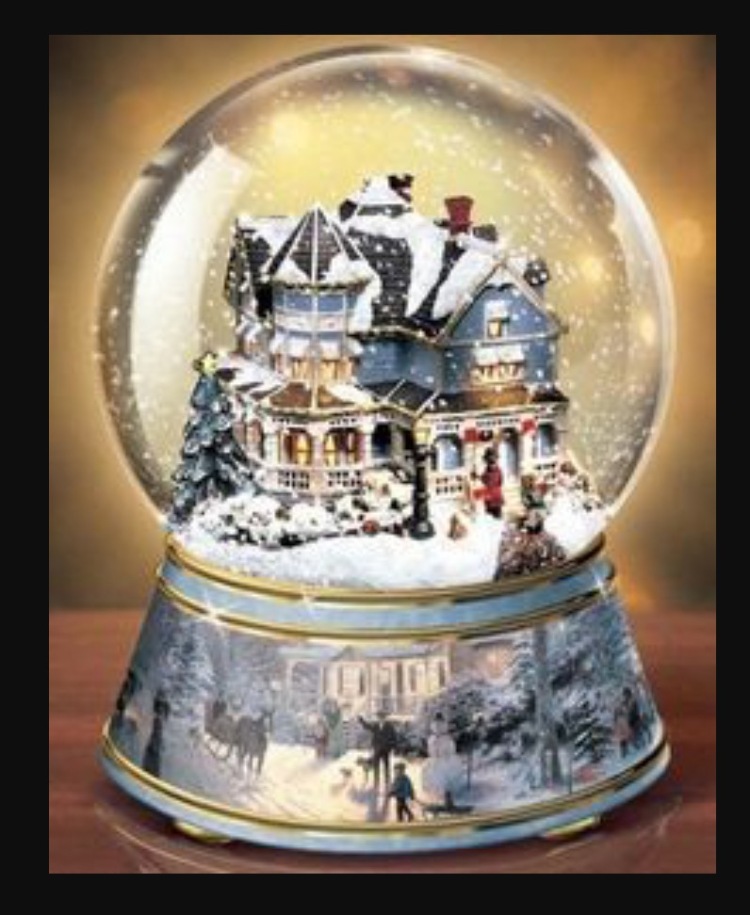 No one really knows where the idea for this amusing item came from, but it appears that it might have originated in France. Also called a waterglobe or snowdome, it was used as a paper weight at first. In 1889, a snow globe containing a model of the newly built Eiffel Tower was produced to commemorate the International Exposition in Paris, which marked the centenary of the French Revolution. This globe quickly became a favorite souvenir for attendees.

I only own one musical snow globe which I display on my coffee table during the month of December. Each time I unwrap it from the box I feel as if handling a very precious possession.  My mother purchased this for my older son, Cameron when he was 2 years old. Over the years we have displayed it in his room, game room and now on the coffee table downstairs.

Monday morning Lief, one of Cody’s therapist was working with him and he discovered the magic himself. He took Lief’s hand and wanted him to play the music and watch as the snow fell. 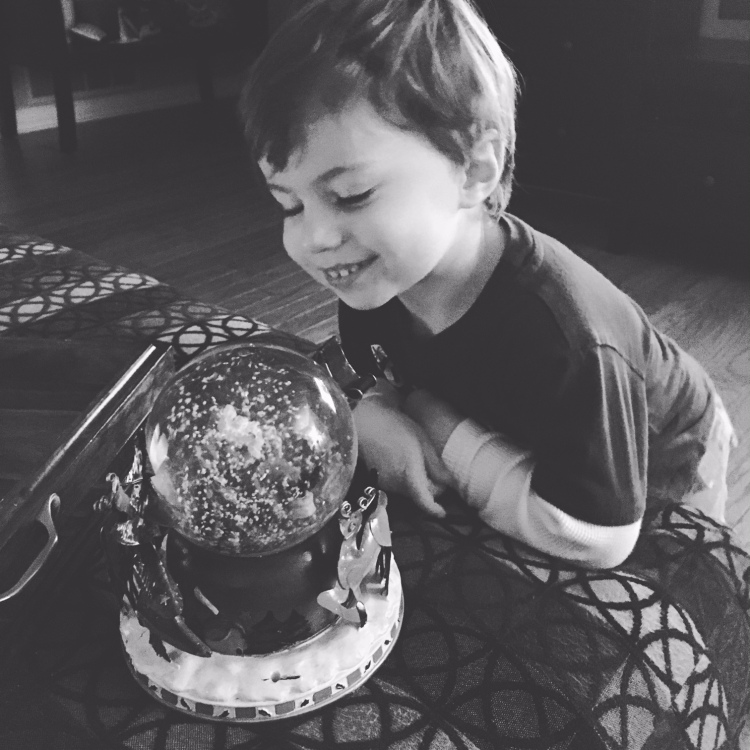 Later that same evening Cody Rivers took my hand and guided me to the coffee table for me to turn it on too. This time he tried to lift the heavy glass globe himself but I quickly took over. We played it over and over and over.  (I of course threw in a little therapy to try to get a few vocals during this opportunity too!)

This holiday season, find the little things that  make your children happy. It does not always have to be the traditional holiday things especially for our unique and wonderful little ones!

Santa’s elf shared with me that Cody Rivers might soon be getting his own snow globe from someone who lives up in Riversong…. 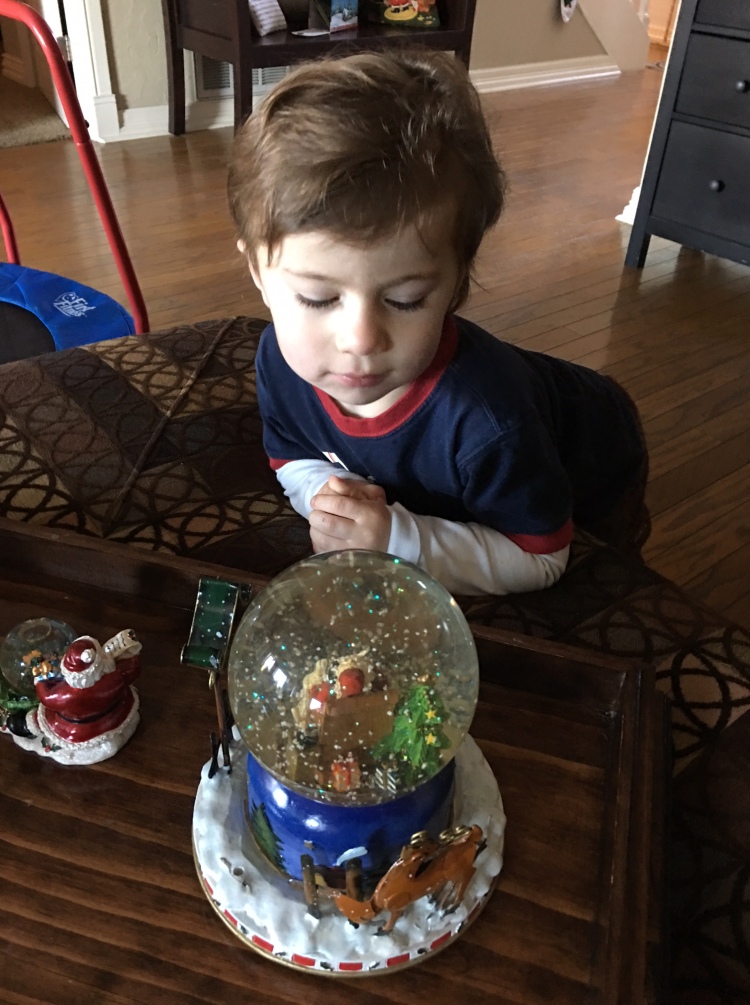 One thought on “Sometimes I wish I lived in a snowglobe”