This past weekend was opening weekend for deer hunting. For many years, we spend this weekend in the woods at my in-law’s place we call Hunter’s Toy.  This is Brad’s most favorite weekend of the year and probably more favorite than even Christmas Day!  This tradition has continued on with our oldest and now he loves spending his mornings and evening in a deer blind.  10 years later, Cody seems to be falling in the same footsteps for his love for the outdoors too.  My Mom swears that Cody loves the outdoors because before he was 2 weeks old he was strolling 2 to 4 miles every day with me to meet Cameron after school his first year of life.  I would time it to get a quick workout in before meeting Cam and Cody would come along for the ride. 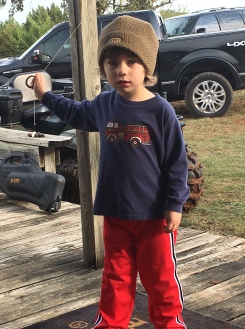 There is something to be said for traditions and for the outdoors. It forces you to slow down, catch up with those you love and reconnect differently and in some cases recharge unless your youngest gets confused with day light savings time and gets up too early!  I may have not recharged on my sleep this past weekend, but watching Cameron and Cody together this weekend was priceless. They connected on a deeper level once again.  During our normal weeks, we are very limited to our time together. (quality time that is) Cameron is very active with baseball and school and Cody spends a lot of time in therapy so they do not have a lot of time together other than in passing and getting sugars right before bed time.  When you take away all of these dis-tractors, it’s really fun to watch them together. More hugs, more wrestling, more 4-wheeler rides and more playing games together. 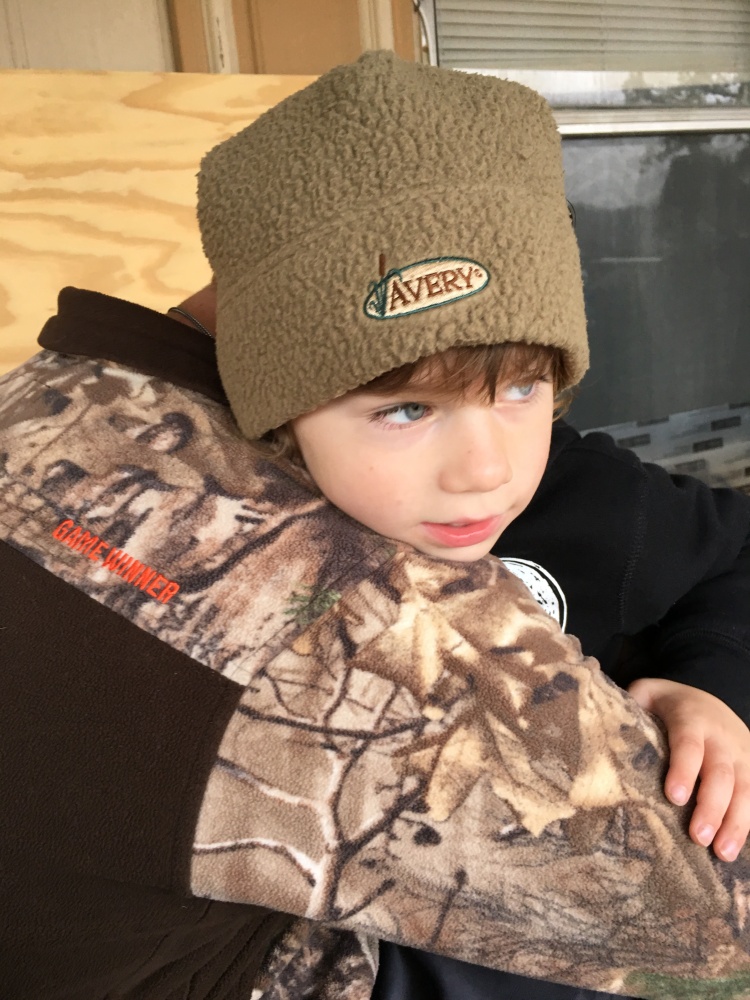 My boys are the most precious rewards that life has given us.  They have learned so much from each other and they both look up to each other for many reasons. Cameron has shared with me often on how his advocating in his school work is his way to spread awareness and education to his peers about his brother’s autism.  He realized what he did not know until his brothers diagnosis.  He also realized how many peers did not understand autism and used the phrase, “He must be Autistic” with anybody a person may not like.  Autistic is the new word in middle school his peers may say like people used to bully using the “R” word.  I can’t even type it out because it makes me hurt to think of the cruelty of this word.  Cam has a strong connection with a his childhood friends who do not think anything different of Cody.  Halloween evening before the heart wrenching trick or treating experience,  I found so much joy in watching Cameron with a his friends enjoying pizza and listening to music in the kitchen.  Cody was right there in the mix.  Wouldn’t stay in the room long but most definitely made several passes through the kitchen because he wanted to be right there in the middle of his bro and his friends but just trying to learn how since he processes things a little different. This made me so proud.  As soon as Cam and his friends hit the streets for trick or treating, Cody ran into the bedroom where I was and handed me his costume. Looking back at this I really think he was trying to tell me, he wanted to go with his brother.

The way Cody looks up to his brother does not have to be spoken.  No words are needed.  You can see it.  You can feel it.  Watching the two of them together brings me such joy. There is a look Cody gives when his brother comes down the stairs  or in to the house through the garage door.  When Cam is not home, there are countless times Cody leaves a little mark letting his brother know he loves him.  It’s the only way Cody knows how to which is very unique. It may be where he re arranges his brothers trophies in a perfect semi-circle on the carpet in front of his book shelf in his bedroom or perhaps leaving a stuffed animal on his bed for Cam to find.

So back to traditions,  if you were to look at Merle Haggard’s lyrics to his song Family Tradition, it would go something like this, “If I get stoned and sing all night long, it’s a family tradition.“  Not that this needs to be your next tradition but he says it perfect, it’s the little things.  It’s the singing that took place with him and another family member that made this a tradition.  To me, family traditions help us define who we are.  They provide something consistent for us to look forward to. It does not have to be something big, just something memorable that brings family together.  Opening Weekend is a tradition for us.  We have a lot of traditions that are so subtle yet consistent and make us feel joy. It starts with enjoying our favorite tacos at a place near mile marker 240 off Interstate 20. The mixed shelled nuts my mother in law only gets during Opening Weekend or her late morning big breakfasts that we enjoy sitting around the table after everyone comes in from hunting.  Sometimes, if we are not headed to the meat locker, we sit on the front porch or build a campfire and laugh so hard my father in law starts to cry. 10 years ago, Cameron’s Papa Joe showed him how to drive a tractor.  Last weekend, without hesitation, Joe went and got the tractor from the pole barn and took Cody for his first ride too and I was able to capture some great photos.  I love knowing they both experienced this at a similar age a decade later. 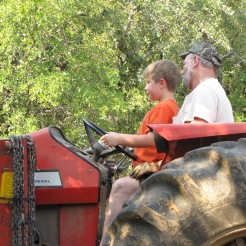 With the holiday season approaching, what are your family traditions? If you do not have any, make this holiday season about starting some.  Nothing big and keep it simple. These are the memories your children will remember and in some cases carry on after you are gone.